No Comments on Psychedelics In Psychiatry: A Trip To The FuturePosted in Psychedelic By james-johnPosted on May 29, 2022June 2, 2022 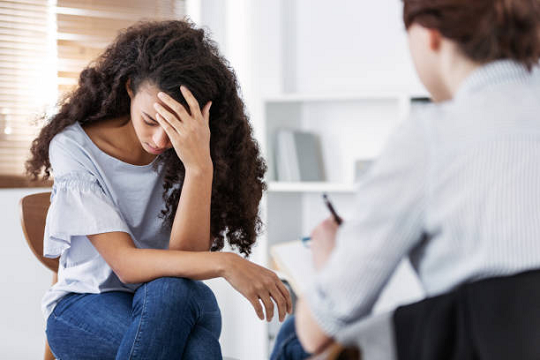 The use of psychedelics in psychiatry is not a new concept. These substances have been used for centuries in various cultures for their ability to induce altered states of consciousness. However, it was not until the mid-twentieth century that psychedelics began to be studied for their potential therapeutic benefits.

Since then, a great deal of research has been conducted on the efficacy of psychedelics in treating various mental health disorders. In recent years, there has been a resurgence of interest in this area of research, as some believe that psychedelic-assisted therapy may offer a more effective treatment than traditional methods.

Psychedelics are thought to work by increasing levels of serotonin in the brain. This neurotransmitter is responsible for regulating mood, emotions, and perception.

LSD was first synthesized in 1938 by a Swiss chemist named Albert Hofmann. It wasn’t until the 1950s that LSD began to be studied for its potential therapeutic benefits. In 1955, a study was published in the Journal of Mental Science that found that LSD could help treat patients with chronic anxiety.

In the 1960s, psychedelics became popular among the general population as a way to experience altered states of consciousness. This led to their use in psychotherapy and research studies investigating their potential therapeutic benefits. Unfortunately, the widespread use of psychedelics also led to their criminalization in the United States in 1970.

Since then, there has been a renewed interest in the therapeutic potential of psychedelics. In the past few years, several clinical trials have been conducted investigating the safety and efficacy of psychedelics in the treatment of various mental health conditions. The results of these studies have been very promising, showing that psychedelics can indeed be used to treat certain mental health disorders.

Psychedelics are a class of drugs that produce profound changes in consciousness and perception. They include LSD, psilocybin, DMT, and MDMA. Psychedelics are often used in psychotherapy to help people deal with trauma, addiction, anxiety, and depression.

Psychedelics are safe and effective in treating various mental health conditions. However, they are still illegal in most countries. This means that research into their therapeutic potential is limited. Nevertheless, the results of the studies that have been conducted so far are very promising and suggest that psychedelics could be used to treat a variety of mental health disorders.

If you or someone you know is struggling with a mental health disorder, don’t hesitate to seek help. There are many treatment options available, and psychedelics may be one of them.

Psychedelics In Psychiatry: A Trip To The Future